Welcome to the Blog Tour for Claiming Her Legacy by Linda Goodnight, hosted by JustRead Publicity Tours! 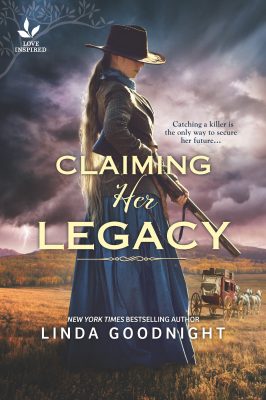 With her family’s legacy on the line, a woman with everything to lose must rely on a man hiding from his past…

Frontier women don’t ride off alone to track an outlaw—not even women as capable as tomboy spinster Willa Malone. But Willa desperately needs the bounty money offered for her father’s killer if she’s to keep their homestead and take care of her sisters. That means she needs an expert tracker’s help. Gideon Hartley has the skill, but the handsome trail guide also has a troubling secret…

Gideon has spent years trying to numb his pain with whiskey. Little by little, their quest—and Willa’s belief in him—is restoring the sense of purpose he thought he’d lost. Journeying into the heart of danger, they’ll have to face down the past together if they hope to protect their future… 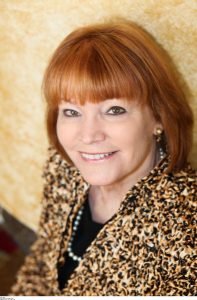 New York Times bestseller Linda Goodnight fell in love with words as a young child when her mother took her to a tiny library and let her fill a cardboard box with books. The next week she was back again, forever hooked on the beauty and power of the written word. Her other passions are her faith and her blended family. A former nurse and teacher, she lives in Oklahoma with her husband where she enjoys baking and travel. Connect with Linda at www.lindagoodnight.com

CLAIMING HER LEGACY by Linda Goodnight.

Mercy rifled through the posters until she found the face she sought. “Here he is. The scoundrel who murdered Papa.”

All three sisters stared down at the drawing of the outlaw.

Hatred curled in the pit of Willa’s stomach. She’d never forget that face as long as she lived. Charlie Bangs deserved to die.

According to the prospector who’d brought him home, Papa had befriended the man who’d taken his life. He had even shared his camp and grub. Unlike his cynical daughter, Finn Malone believed the best of people.

His friendly nature had gotten him killed.

Oblivious to the dried blood staining her fingers, Mercy smoothed the poster flat. “Would you look at this? A thousand-dollar reward. No wonder men take to the bounty trails.”

“Papa’s life was worth more than that!” Savannah exclaimed hotly.

“Indeed,” Mercy said, “but a thousand dollars is still a great deal of money, Savannah. Enough to pay off Papa’s bank loan with plenty left over to order that sewing machine you’ve been mooning over in the mail order catalog.”

“I wasn’t mooning. The machine is a thing of great use. I could sew for the ladies of the community as well as for us.”

Willa didn’t think many in their fledgling settlement had an extra penny to spend on tailored yard goods, but Savannah needed her dreams. She was a good hand with a needle and took in mending here and there. The pay wasn’t much. Certainly not enough to repay the bank loan.

Finn Malone in his great rush toward the gold fields had borrowed against their land claim for a grubstake. Now that he was gone and the dab of gold with him, she and her sisters must either repay the loan or find themselves on the streets.

A step on the stairs drew her attention to a bleary-eyed woman with the dregs of last night’s rouge smearing her cheeks. At Willa’s glance, the saloon girl quickly receded into the dark confines of the stairwell.

“Willa Malone!” Mercy’s eyes widened. “We could never do such a thing.”

“Maybe that’s what the girls upstairs thought, too, at one time. We need money, and there’s hardly any way for a woman to survive out here unless she has a man to support her.”

The admission galled her.

“I could marry Mr. Baggley,” Savannah said, but the dread in her eyes cut Willa to the bone.

“Don’t be ridiculous. You’re not marrying that old goat to put food on the table.” Homer was sixty if he was a day and only washed once a year if the creek was high and warm.

Worse still, he had the manners of a billy goat, blatantly making his attentions clear one afternoon in the mercantile for the whole town to hear. As long as Savannah could cook and bear him a passel of young ’uns, as he put it, he didn’t care one whit if she was gimpy.

“He is rather repulsive,” Savannah admitted. “But I’ll marry him if I must.”

Doubt gnawed around the edges of her mind. What if they had no choice? What if her baby sister was forced to marry a rich old man who had only one thing on his mind?

Marriages of convenience were not that unusual for women alone, but how different were they from Madam Frenchy’s girls?

But no such man was pounding on the door.

Mercy, too, was beautiful and smart. Willa’s thoughts skittered to a halt. Something untoward had happened to Mercy, something that had changed her view of marriage and family.

They were three women in a territory brimming with males and not a one of them could attract a suitable husband.

Unlike other ladies, the Malone sisters could not depend upon a man for help. Their future would be up to them and the Good Lord.

All rights reserved. No part of this book may be used or reproduced in any manner whatsoever without written permission except in the case of brief quotations embodied in critical articles and reviews.

This is a work of fiction. Names, characters, places and incidents are either the product of the author’s imagination or are used fictitiously. Any resemblance to actual persons, living or dead, businesses, companies, events or locales is entirely coincidental.

This edition published by arrangement with Harlequin Books S.A.

For questions and comments about the quality of this book, please contact us at CustomerService@Harlequin.com. 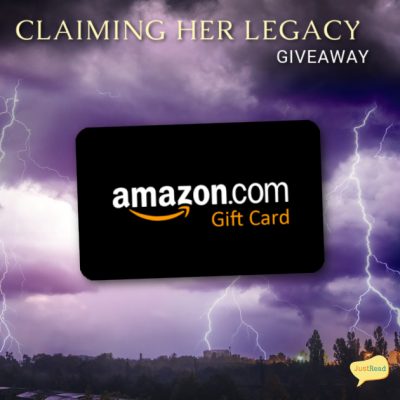 Be sure to check out each stop on the tour for more chances to win. Full tour schedule linked below. Giveaway began at midnight April 5, 2022 and lasts through 11:59 PM EST on April 12, 2022. Winner will be notified within 2 weeks of close of the giveaway and given 48 hours to respond or risk forfeiture of prize. US only. Void where prohibited by law or logistics.

3 thoughts on “Spotlight: Claiming Her Legacy by Linda Goodnight (except+giveaway)”